Vaudevilles were a theatre and song genre in France, in the eighties of the nineteenth century in the United States vaudevilles and show booths were so called. Numerous famous comedians emerged from them there.

I am interested in the term vaudeville because I am currently working on the book SCHAU HEIMWÄRTS, ENGEL! by the American writer THOMAS WOLFE. I am investigating all phenomena, metaphors, authors and terms that are mentioned in the book and are unknown to me.

The compound word Großstadtvaudevilles contains only one unknown term, the vaudevilles. This ambiguous term has undergone many changes of meaning over the course of 500 years.

On the banks of the Aure

The name Vaudeville probably goes back to the singing Norman walkman Olivier Basselin, who wrote drinking songs on the banks of the Aure in the 15th century. From Vire come the songs called Vaux-de-Vire, Bourgueville de Bras.

Vaudeville has been popular in France as a pop song since the 15th century and was also exported to Canada by the French, and is considered an early precursor of the chanson. New lyrics and mocking songs were constantly being written to well-known melodies (timbres), thousands of which, according to Wikipedia, were in circulation. It is likely that the use of these songs in the theatre inspired the newer word meanings, for example the term vaudeville as a term for a Parisian theatre genre in which songs were sung in vaudeville style to well-known melodies in a simple piece, sometimes with the participation of the audience.

When vaudeville was then also sung in French theatres in the 19th century, sometimes with the audience's loud participation, the meaning of the word changed: the simple drinking songs had become a theatre genre. The main component of this Théatre du Vaudeville were small satirical, political or mocking multi-trophic singing interludes, so-called couplets. In the middle of the 19th century, there were many such theatres, and depending on the more melodramatic or more farcical colouring, sub-genres such as drama-vaudeville, comédie-vaudeville or foil-vaudeville were distinguished. In Paris in the middle of the 19th century there were several specialized vaudeville theaters, for example the Théâtre du Gymnase, Théâtre du Vaudeville, Théâtre des Variétés, Théâtre du Palais-Royal, but also in Berlin the Königsstädtisches Theater called itself Vaudeville Theater. It was once located at the south-eastern end of Potsdamer Platz and was once a cloth factory.

A still existing vaudeville theatre in Paris is the Théâtre du Vaudeville. It was initially located on Rue de Chartres, then moved and is still standing on the corner of Rue de la Chaussèe d'Antin and Boulevard des Italian. After being converted into the Paramount Opéra in 1927, it has been the Gaumont Opéra cinema since 2007.

Jacques Offenbach's operettas were based on this genre. In the Spanish variant of the operetta, the zarzuela, the vaudeville tradition of inserted well-known melodies has been preserved into the 20th century. In the 19th century, the final chorus was often called vaudeville, the most famous piece is the final chorus in Die Entführung aus dem Serail (The abduction from the seraglio) by W. A. Mozart: 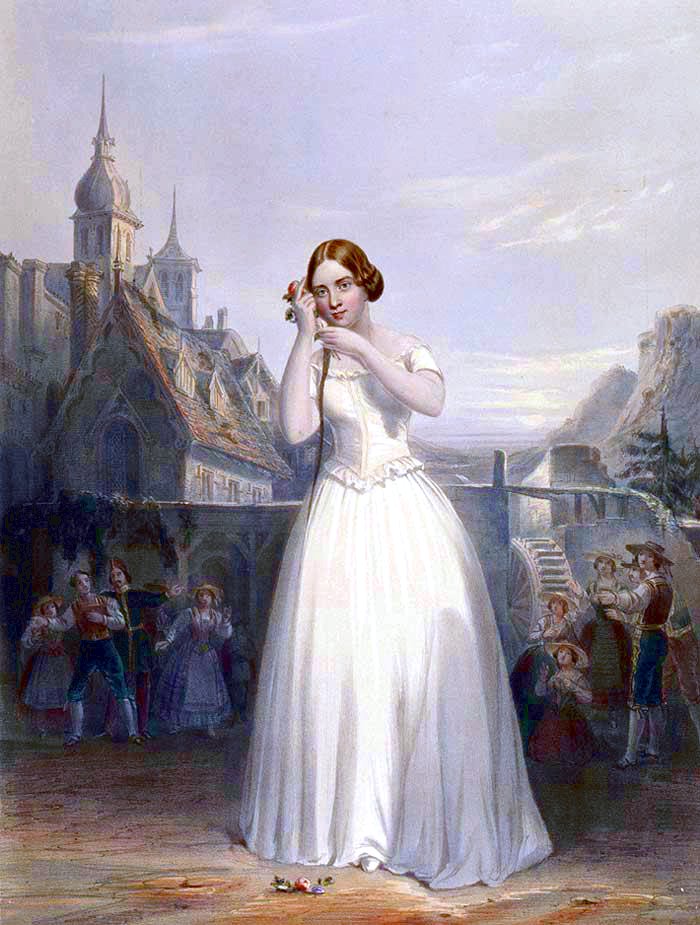 Jenny Lind Mania in the USA

Down-to-earth singer with an incredible voice, benefactress, the first real celebrity in the middle of the 19th century to trigger a mania, the first person to travel in her own railway carriage: that was Jenny Lind.

A breeding ground for stars

The Vaudeville Theatres in the USA

One English vaudeville artist known in Germany was Freddie Frinton. Freddie Frinton, actually Frederic Bittiner Coo (born January 17, 1909 in Grimsby, Lincolnshire; died October 16, 1968 in London) was an English comedian, but is by far not as well known in Great Britain as in Germany. At the age of 14 he started working as a packer in a fish factory; there he was fired at the age of 16 because he kept his colleagues from working by jokes and parodies. Frinton's television sketch Dinner for One, so famous in Germany and played every New Year's Eve, is based on a vaudeville number. He became so successful in this role in the 1940s that he bought the rights to the play in order to save the running royalties. In 1963 the NDR recorded the play as Dinner for One directed by Heinz Dunkhase for television. Frinton received 4150 Deutsche Mark for the recording. Freddie Frinton achieved more fame in Great Britain with his series Meet the Wife - John Lennon immortalized this series in 1967 in the Beatles song Good Morning Good Morning with the line It's time for tea and Meet the Wife ...

The word vaudeville once again took on a new meaning in the United States of America. In the United States, the French tradition of chanson-related theatres was adopted as a fast-paced combination of mixed numbers in the manner of a variety show without a closed plot.

It is unclear whether the use of the term in the USA is due to the French term vaudeville. Perhaps the term onomatopoeically refers to voix de ville - the voice of the city, or it goes back to the famous representatives of vaudeville in Paris or the Königsstädtisches Vaudeville-Theater at Potsdamer Platz in Berlin. The term vaudeville with its French echo may have sounded more distinguished than the actual name of these small variety venues, they were show booths. Also in the American vaudevilles could and was allowed to sing along. In Great Britain and France, this American theatre mix was rather called Music Hall. Charlie Chaplin started his career with performances in such a music hall.

In the USA the term vaudeville marked the introduction of the so-called big business into the world of popular entertainment. Vaudeville chains fought for supremacy in the entertainment market. And from the American vaudevilles with their travelling vaudeville artists, essentially silent comedy and famous American slapstick emerged, with famous personalities such as Stan Laurel, Charlie Chaplin and Buster Keaton. Also among them are such famous artists as W. C. Fields, the Marx Brothers, Edgar Bergen with his puppet Charlie McCarthy, Eddie Cantor and the Three Stooges, who all began their careers in the vaudeville theater.

In 1885 the two businessmen Benjamin Franklin Keith and Edward Franklin Albee II founded an entertainment company and their first vaudeville stage in Massachusetts, the Boston Bijou Theatre. Continous Show announced the signs at the entrance and a 5 cent entrance fee. In the theater, a continuous vaudeville show ran daily, weekdays and weekends, from 10 a.m. to 11 p.m. You could come and go whenever you wanted, the numbers were repeated regularly. (Source: https://www.mortaljourney.com )

Vaudeville in the American sense of the word began to become popular in North America in the 1880s with the growth of industry and experienced its rapid decline from the 1920s with the advent of sound film, radio and the Great Depression of the 1930s.

The two largest American vaudeville theatre chains, Keith-Albee and Orpheum Circuits Inc. merged in 1928 to form the Keith-Albee-Orpheum Corporation and one year later they were merged into the film company RKO Pictures, which converted all these houses into cinemas. Radio-Keith-Orpheum Pictures Inc. became the smallest of the so-called Big Five of the Major Studios; after the takeover by Howard Hughes in 1948 the studio went down and was finished in 1955. 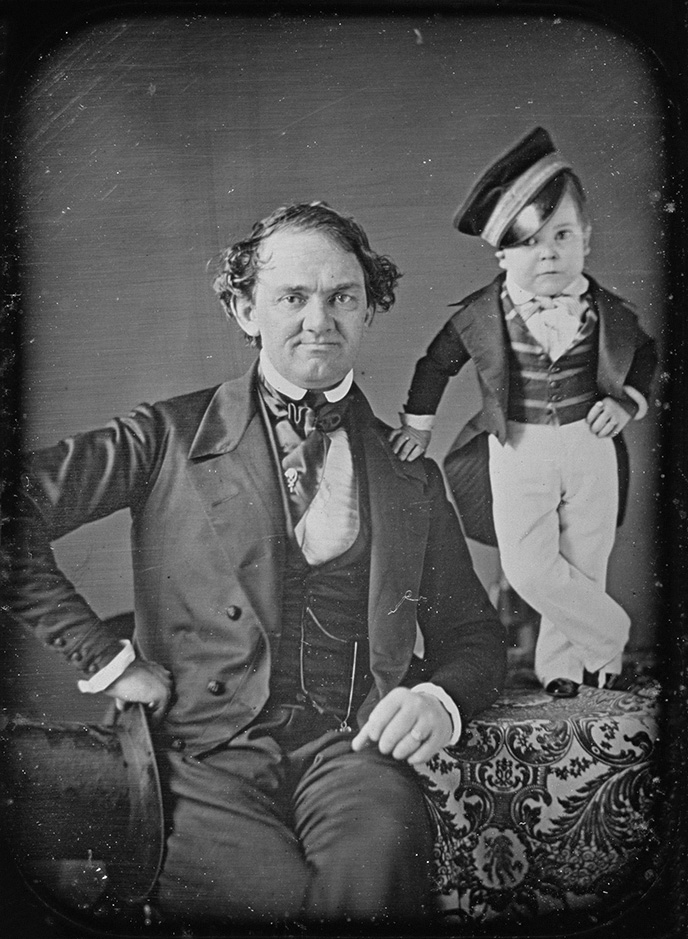 And wouldn't the fuller (Walkmüller) Olivier Basselin have been working on his material on the banks of the Aure, who knows if these songs, the silent film comedy and the chansons would exist, or if they would just have a different name?